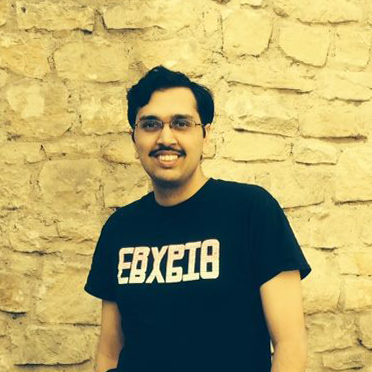 I am currently an Assistant Professor at IIIT Bangalore, IN. I joined IIITB in January 2018.

Previously, I was a (post-doctoral) Research Associate in the Cryptography group of the Department of Computer Science at the University of Bristol between June 2015-December 2017. Prof. Nigel Smart was my supervisor.

I obtained my Ph.D. from the University of Luxembourg, Luxembourg, in 2015. I was affiliated to the Laboratory of Algorithmics, Cryptology and Security (LACS) in the Computer Science and Communications Research Unit. My doctoral thesis was in Cryptography and was supervised by Prof. Jean-Sébastien Coron and Prof. David Galindo.

I did my M. Sc. (Engg.) at the Indian Institute of Science, Bengaluru, India, between 2008-2011. I was affiliated to the Department of Computer Science & Automation. My thesis was supervised by Prof. C.E. Veni Madhavan. Prior to this, I obtained B. Tech. in Information Technology from National Institute of Technology Karnataka, Surathkal, India, in 2008. Prof. B.R. Shankar was my undergraduate thesis supervisor.